This is a preview at a secret URL that can be shared with trusted people. It will update with changes automatically. View the published version. 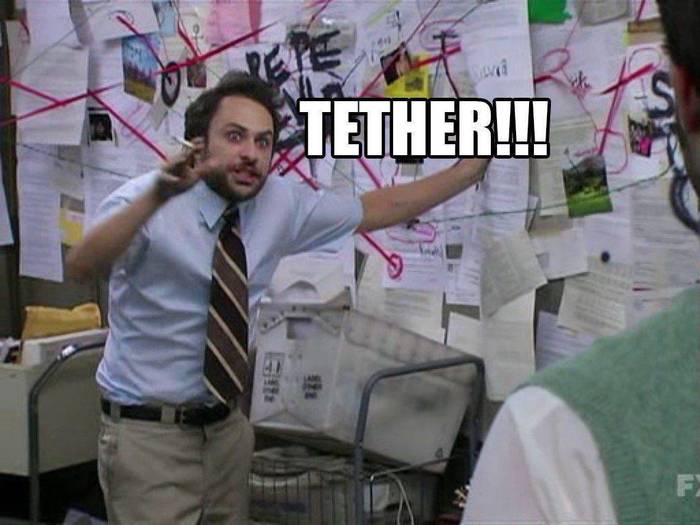 Perhaps most notably, however, Tether published a new “proof of funds” on their web site, hiring a new law firm to conduct a random spot check of the balances of their two banks. The contents of this latest audit-not-audit, and the people involved, are the primary topics I’ll be covering in this post.

There are several other concerns about this particular letter, but if we do just want to look at it as a point-in-time confirmation of funds, there are reasons why we might give it credence.

The letter was produced by Freeh Sporkin & Sullivan, LLP (FSS), whose partners are former FBI director Louis Freeh and two former federal judges including Eugene R. Sullivan, which the Tether “proof-of-funds” letter cites as their connection for discovering the law firm in the first place.

While there are many reasons to have doubts about Tether’s latest audit-not-audit, the word of a law form consisting former FBI federal director and former federal judge (actually two federal judges, although I’ll only be discussing one of them) is not something to be dismissed lightly.

This post unfortunately contains no hard evidence that what they’re saying is incorrect. I hope it will, however, raise many concerns about this firm’s credibility, including multiple conflicts of interest between them, Tether/Bitfinex, and at least one of Tether’s banks which is likely to have been the subject of the audit-not-audit.

In the week since the FSS “proof-of-funds” has been published, Tether’s skeptics (notably Bitfinex'ed) have discovered a number of suspicious relationships between individuals involved in the firm, Bitfinex/Tether (they are effectively the same company), one of Tether’s banks, and other things in the cryptocurrency world including the infamous and maligned MtGOX Bitcoin exchange.

The bank which is central to this post is Noble Bank International, recently formed in Puerto Rico, which a recent Bloomberg article highlighted as being Tether’s new bank. As we’ll see, Noble has direct connections to both Tether and FSS.

The rest of this post will highlight each of the notable individuals which play a major part of this story and attempt to convince you there are conflicts-of-interests and a long history of suspicious behavior. 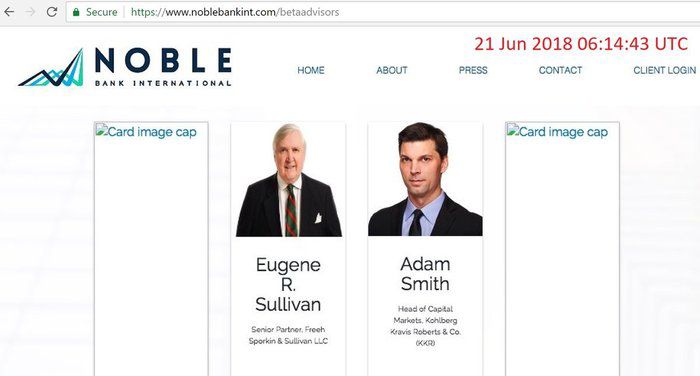 The above image is taken from Bitfinexed’s Twitter feed and contains an alleged screenshot of a page which briefly appeared on Noble’s web site before being removed. At least as of the time of writing this post the contents of this page still appear in Google search results (but unfortunately, it was not completely snapshotted by archive.org):

Eugene Sullivan is a retired federal judge who is now a partner at the FSS law firm. He is particularly notable because he’s named directly in the “proof-of-funds” letter:

Judge Eugene R. Sullivan (Ret.), one of the partners, is a member of the advisory board of one of Tether’s banks. It was through this connection that Tether was introduced to FSS. As well, the firm’s relationship with the bank allowed for the following review to commence in a timely and comprehensive manner, ensuring that no pertinent information was overlooked in the process.

Based on this admission, the evidence in the Bloomberg article, and the information posted (and removed) from Noble’s web site, it appears there’s a strong case that Noble is one of the two unnamed banks in the report. It also seems like quite a conflict of interest for a law firm to make assertions like this about a bank one of their partners advises, but stay tuned, because there are more COIs with Noble to come.

Are there any other reasons to be suspicious of Judge Eugene? Well, he also happens to be non-executive director of Imperial Pacific International Holdings, the holding company for casinos which were recently built in Saipan (a U.S. Pacific island which is home to 50,000 people) called Imperial Pacific Resort (formerly the Grand Mariana) and Best Sunshine Live: 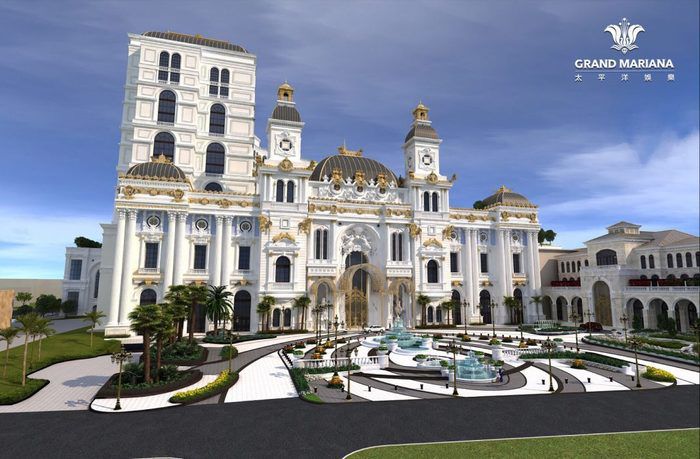 Though not directly connected to the rest of the Tether story (at least as far as I presently know), the casinos are notable for recently being raided by U.S. agents due to the suspiciously high volumes of money passing through them:

Imperial Pacific has attracted broad attention in the gaming industry for the volumes being recorded at its Saipan casino, which are far larger on a per-table basis than those at the grandest resorts in Macau. 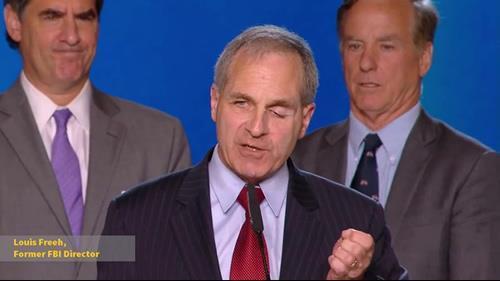 Louis Freeh has a long and sordid history for which he was practically infamous. During his tenure as FBI director he championed the Carnivore program designed for electronic surveillance, and also pushed for law enforcement access to encryption keys. He also participated in a coverup of the government’s actions during the Waco siege.

For these reasons a BusinessWeek article written in the year 2000 entitled “The Case Against Louis Freeh” called for his resignation. In 2001 he resigned in disgrace amidst multiple scandals, including the espionage scandal surrounding Robert Hanssen.

A web site (and corresponding Twitter account) called Fact Freeh chronicles his past including his many exploits since entering the private sector. There’s far too much for me to cover here, but I encourage you to check it out.

There is a story you might be familiar with which I’d like to highlight in particular though: Freeh is connected to two companies involved in purchasing MtGOX after it was hacked: Freeh Group International Solutions and Sunlot Holdings. The latter would eventually take over the beleaguered exchange, and was founded by another person of interest: Brock Pierce.

Brock Pierce is quite the guy, and I mean that in the most disrespectful way possible. You might (extremely hazily) remember him from The Mighty Ducks, where in a flashback he plays a younger version of the coach of the eponymous team.

In 1999 in the midst of the Dot Com bubble at the age of 17, he cofounded Digital Entertainment Network, an online media startup promising to deliver original video content in the age of dialup.

After taking $26 million in funding and preparing for a $75 million IPO, the company collapsed amidst allegations that he and his co-founder Marc Collins-Rector raped young boys who were supposed to appear in the company’s videos after threatening them at gunpoint. Brock and his other cofounders fled to Spain to escape prosecution.

The allegations resurfaced in 2014 when he was appointed to the board of the Bitcoin foundation, in addition to allegations that child pornography was found in a Spanish residence in which he and his partners were staying. Brock denies any wrongdoing.

In regard to this particular story, Brock Pierce is notable for two reasons:

In other words: Tether’s alleged bank Noble is owned by a company that Tether’s co-founder also co-founded.

Curiously, FSS claims Tether discovered them because Eugene Sullivan sits on their board. But it seems they weren’t entirely forthcoming about all of the relationships involved.

I wish there were a smoking gun which could conclusively demonstrate wrongdoing on Tether’s part. We don’t have that, and at face value we have the word of a law firm run by a former FBI director and two retired federal judges. Descriptions like that gloss over the many details of the individuals involved though.

I have seen many people concluding from the latest audit-not-audit and the authority of an FBI director and retired federal judges that Tether is on the up-and-up. I think such conclusions are premature. The FOIA request the CFTC denied seems to point to an active and ongoing investigation, and there are far too many conflicts of interest happening here to take the “proof-of-funds” at face value.

As far as I’m concerned, this whole thing stinks to high heaven. But only time will tell.